2018 All-Star 450 champion Michael Dieringer has been recently suffering a thumb injury. He has been dealing with it for the past two days now. He said its stiff and overtime, it starts to hurt a bit. The future for the number 635 is starting to look dark for him as he will likely race WW Ranch on MXSLOBBY as long as he is able to attend the event on Saturday. He also recently just got a Race Factory Gaming account up and running and he has an A license, hoping to attend his first race on Race Factory Gaming and make his Amature debut in the 450 class. We happen to run into him on elsinore 01.

Jason: "So obviously dealing with a thumb injury is a challenge, take us through how it happened and how you are handling it?"

Mike: "Usually when I play Mx simulator, I pull the stick down as i'm riding for a much smoother input into the bike. Because of the virus, I have been on a lot more than ever and because of this, tension has probably been building up. So on Monday, I did a 30 + 2 on redbud 2016 in single player for training purposes so that way I can handle the bike better coming into rough corners and what not and as I was half way though my session, I felt my thumb randomly gain a lot of tension and it became very difficult being precised coming into my corners and not missing a rut. After I was done with my session, I decided to do like thumb stretches to loosen up the tension. I went out again and it was already bad if not worse so I decided to quit for the night. The next day as well as today, I have been focusing on using the center of my steering stick more so that way when it comes to Saturday, I will have a little bit of a better chance getting results. Not sure how well i'm gonna do on WW Ranch but i'm gonna do it and see what happens. If I don't do well or anything, I might not race Hangtown for Race Factory Gaming but later on in the season to make my debut."

Michael also rides for Vengeance Racing. We ran into the team owner "Ben" as well as one of his teammates "Kade" and asked them how they feel about this injury situation.

Ben: "Its definitely a bummer for the team. Michael has been riding great and still is ever since is injury occurred with his thumb. His sponsors have been supporting him his whole racing career and they're still wishing his best every time he plugs his controller into his PC and double clicks on the game to get it started. He is dedicated into doing his job and that is the reason why he is still on the team."

Kade: "Can I swear in this fake interview?"

Kade: "Yeah Michael is definately a fast little fucker but he can be a pussy sometimes. Doesn't even run the fuck you on his bar pad because he is a little bitch but he is still fast. Thats all I goda say."

Michael's sponsors on sim: 100%, WP suspension, Renthal, Bell, Seven, Husqvarna, Twisted Development motors, FMF, Dunlop, Vengance Racing, and Hinson. Special thanks to Taylor for designing the graphics on our bikes as well as the gear. My fans have been motivating me to go out and race so I wanna thank them as well.
Top

Thanks Colt. I still got speed but I don't know how well I can do in a race environment with a tight thumb.
Top

Did this dude just make himself a press release or something and post it in general chat? Who’s mans..
if I’m still complaining on the internet over the age of 30 someone ban me

Jones221 wrote:Did this dude just make himself a press release or something and post it in general chat? Who’s mans.. 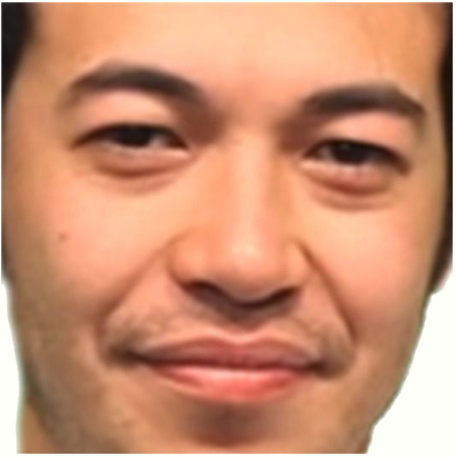 Get a press agent and have them proof read and spell check. You'll look a lot more professional when hyping up yourself in a videogame.

I gotta take it back. You are 15 times better than millions of your peers with your spelling and comprehension. Bravo!

Jones221 wrote:Did this dude just make himself a press release or something and post it in general chat? Who’s mans..

TeamHavocRacing wrote:Get a press agent and have them proof read and spell check. You'll look a lot more professional when hyping up yourself in a videogame.

This is just a joke lol. Not trying to hype myself up or anything I just make memes.

TeamHavocRacing wrote:I gotta take it back. You are 15 times better than millions of your peers with your spelling and comprehension. Bravo!

You're just jealous that I got more fans than you, I get it.
Top

You're right. Just don't hide that under a bushel basket! @racerx give this kid a column.

Users browsing this forum: No registered users and 9 guests