Post models and skins here
Forum rules
If your topic doesn't contain a model/skin link, this is the wrong place to post it.
Post Reply
77 posts 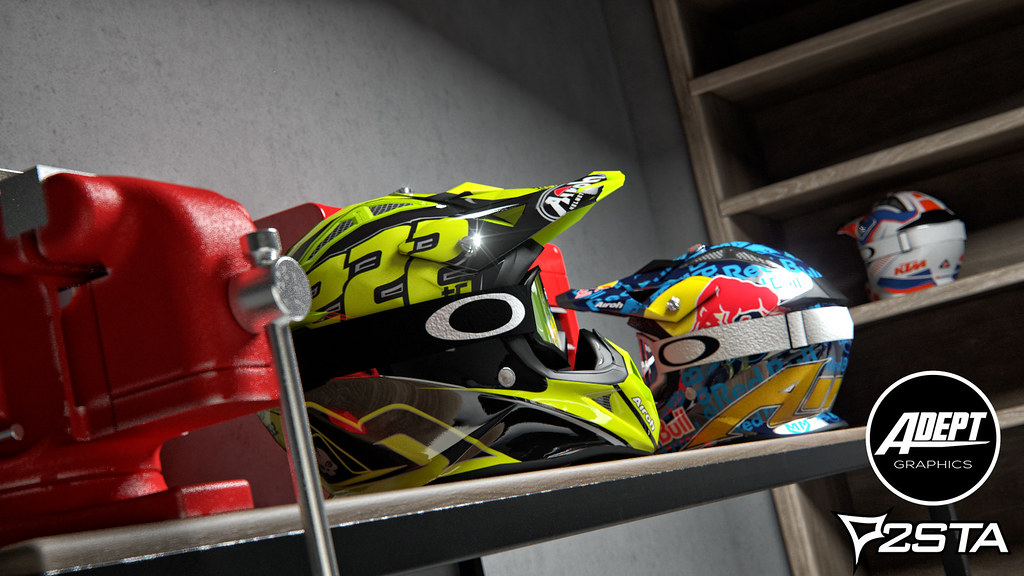 I know it took really long, but HERE it is.


Huge thanks to ktm57 aka Adept Graphics for his extremely fast work on the template and the graphics.
Skins are 2k textures if it will be a problem i can do a lower resolution release, so it works even for those with slower computers, just let me know.
Skin List:
Matte Black
Matte White
Arrow white
Arrow yellow
Arrow orange
Carbon
Rockstar
KTM Powerwear 2014
Marvin Musquin 2014
Jeremy van Horebeek 2015
Tony Cairoli 2015


Pack includes two SAF files. One includes model and maps and skins, second one has lods for those who wants to use them.
Template is also part of the pack, again thanks to August for it.
For those who don't know what template is for, just ignore it, copy the SAF files into your personal folder and find the helmets ingame.

Awesome thanks a lot

T-RIDER, TM_Infidel, and I believe Jay all had a hand in this as well. The matte materials are from Benji's TLD SE3. Hope you guys like it!
Top

OH MY GOD I LOVE YOU

Also, the skins all have my face on them, which is pretty dope.
Top

So sick, great work! Thanks Piista, August and everyone else who worked on this!
Nick van Gerwen

It could be bigger. Other then that its nice.
Aviator isent really a small helmet like the Airoh stelt etc.
Top
Post Reply
77 posts