Post your tracks here
Forum rules
If your topic doesn't contain a track link, this is the wrong place to post it.
Post Reply
5 posts • Page 1 of 1 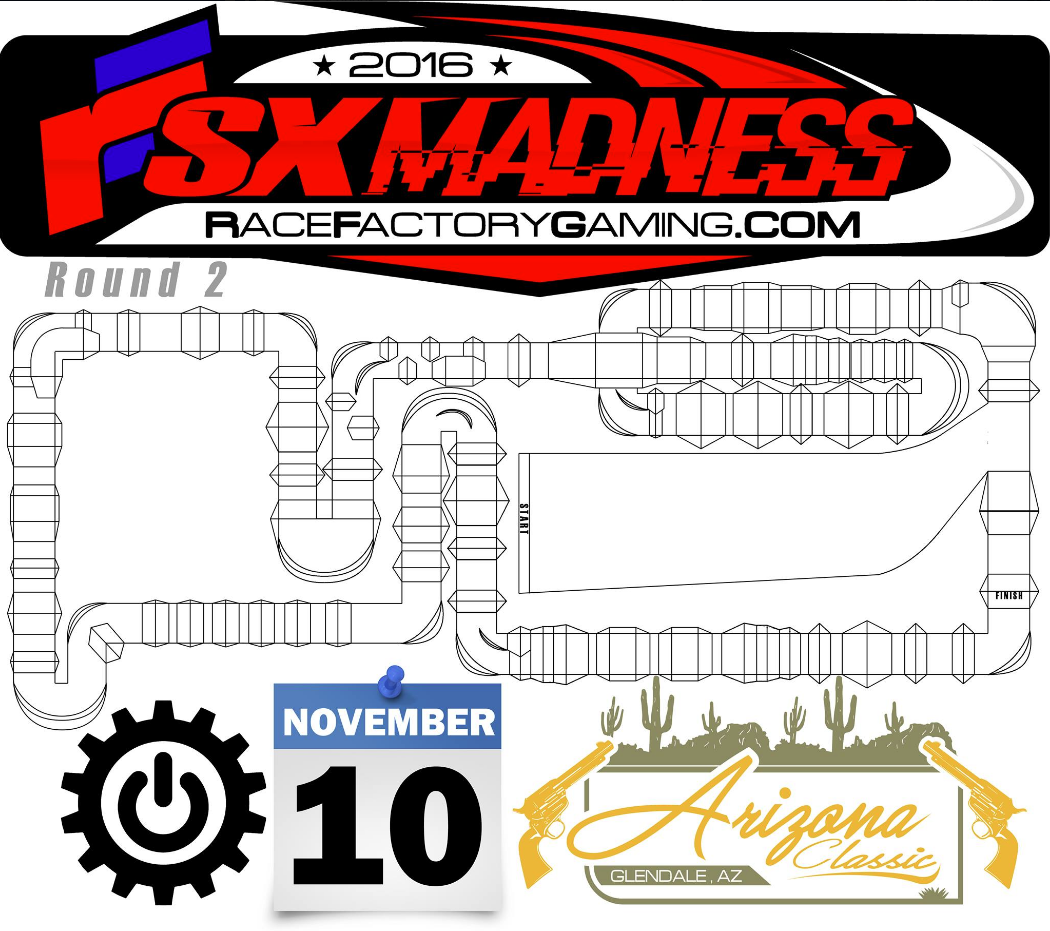 Welcome to Round 2 of the 2016 SX Madness Series hosted by rF Gaming!

The Arizona Classic marks Round 2 of the SX Madness Series for 2016, as the top racers in MX Simulator take over University of Phoenix Stadium in pursuit of an off-season SX rF Championship.

The Arizona Classic track is built by Checkerz, and it is inspired by the 2009 St. Louis SX designed by Travis Pastrana. With many split lines and options for the riders; passing opportunities will be at a maximum.

"The goal was to push the envelope with something new and exciting for the riders and maximize the battling opportunities. A lot of work went into the design ensuring 2 and even 3 options in some sections ride equally as fast to not create a narrow 1 line situation," stated event designer and creator Checkerz.

He continued, "It will be interesting to see how the Arizona Classic track gets dissected by the riders Thursday night with only an hour to learn the track before the gate drops on the first race. With all the split line opportunities, it'll be like learning 2 tracks instead of 1 in a short amount of time."

Be sure to tune in to Start Your Systems on Twitch Thursday night to catch all the action live.


AND apparently CHECKERS is a little fucking pussy now...... I is said was it was shitty not to say we needed A1 for this race and he kept kicking me. What a bitch....


AND apparently CHECKERS is a little fucking pussy now...... I is said was it was shitty not to say we needed A1 for this race and he kept kicking me. What a bitch....

Enjoy your timeout. If you'd like to PM me your PayPal, I'll give you a full refund for the track and the event.
---Enjoy Content? DONATE!---

Users browsing this forum: No registered users and 11 guests