Has anyone found a definite solution to the fps drop issue? I've tried everything on the forums posted recently, but it's still too unplayable. I was running top 10 both motos tonight but fell back hard because I'd go from 125fps to 15fps and miss a rut or catch someones back tire. It just doesn't make any sense considering the hardware I have playing on the lowest quality track available. 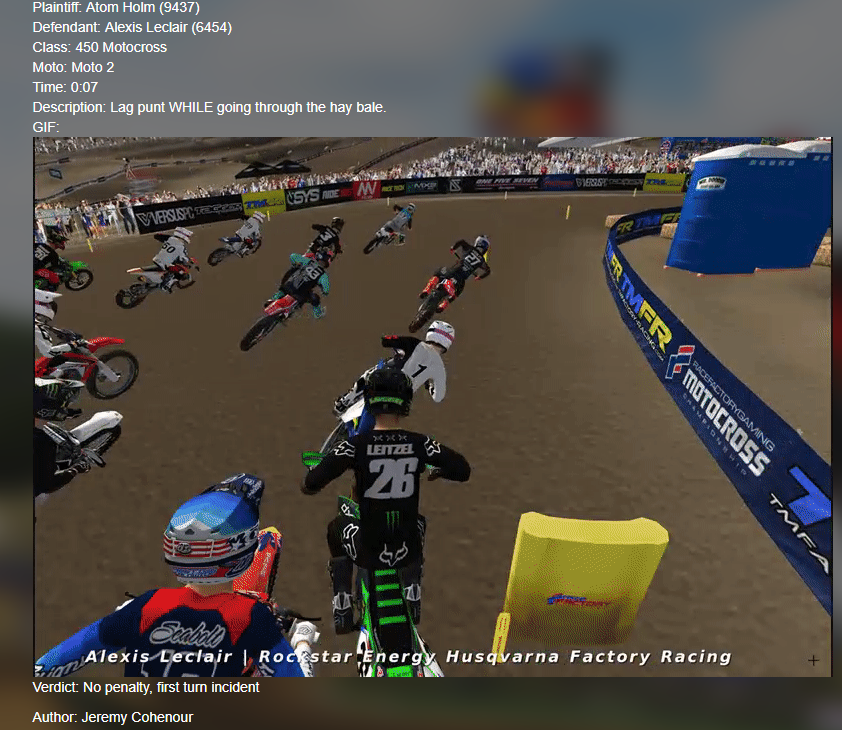 Crossing line to catch my front tire, then trying to brake check me 2 time and still complain cause you getting lag take out while playing with vpn. Come on atom , look like you sought that.
1st 2014 Motosport Outdoor Nationals presented by One Industries
1st 2018 Race Tech North American Nationals
1st 2018 MotoOption Pro Supercross
1st 2018 MXSEMF Pro Nationals
Top

Either Atom's front wheel exploded and literally fell off his bike bid way through the turn which also caused him to jolt forward, or he got taken out by lag.. lol
#freesethgarrett | #freecolthans

Lmao this dude is literally admitting to lag punting me but it's still looked at as a racing incident. Unbelievable rF how someone can constantly be attacking you and their nothing to be done about it. Sad.

Yeah I'm crossing over, I want the holeshot. I'm "break checking" because I'm trying not to slam into the spongebob. It's called protecting your line. Yes I race on a VPN. A VPN that turns on and connects to the closest server to me when my PC starts up. Something I've had to pay for since 2017. The reason why it gets bad for races is because my brother streams as well. Not sure what I can do to change that. 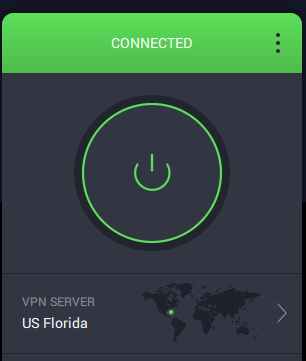 If I'm not mistaking you have to race on your phone hotspot because of the same reason?

I'll be honest. I don't want you to get banned or docked points. I do want you to stop abusing the lag you have though.

skyzen wrote:I should maybe look at myself before protesting anyone cause I am the dirtiest 450 rider this year

Fixed it for you.

skyzen wrote:I should maybe look at myself before protesting anyone cause I am the dirtiest 450 rider this year

Fixed it for you.

I wondered when this would heat up. All these ego's clashing and throw some lag in there and stir it all up in a rage gumbo. Ragin' Cajun Gumbo. Parlez vous?

TeamHavocRacing wrote:I wondered when this would heat up. All these ego's clashing and throw some lag in there and stir it all up in a rage gumbo. Ragin' Cajun Gumbo. Parlez vous?

I have been waiting for this aswell, reminds me of spongebob Leclair is more braindead than me out there, and damn that's bad

Sorry to anyone I lag punted, or took out. The net at woodward is not good, and I had 5 laps on the track before the race so I didn’t know how it shaped up

Do you guys remember when death threats were the main complaint after racing?

One of the best night of racing in a while. crazy overalls, rough tracks, and good racing.

Erode is getting better.

The chop felt real besides those big random ones that formed.

The corner entry was good but on the exits it was really jittery.