I've heard conversation coming out of animal pens that is more intelligent than what is going on in here.
Post Reply
30874 posts

Pumaxcs wrote: ↑Thu Nov 19, 2020 10:25 pm Its so hard to take this "fraud" claim seriously though when he has been using that excuse for literally every election result since 2012. He builds it up that if he loses, or his side loses it's because of fraud, then he either plays up that his favor overcame all the present fraud and doesn't do anything to fix it or he claims there was fraud as everyone loves him there is no way he could lose fairly and then does nothing about it.

There are other examples of him casting doubt on his own internal agencies because they made a statement that didn't align with his and those really bother me. As a federal contractor (I don't know if it's been mentioned yet but I work as a contractor to DISA in cyber-security, nothing that global or related to the subject but it is intrusion detection/protection on both an unclass/class network) hearing him call out these agencies for falsehood feels personal and I'm much more likely to believe the head of the private sector than him because I have a closer working with said sector and knowing how they work, the checks put in place to make sure they are run correctly. Even just recently firing the cybersecurity official Krebs, because he made a statement that they did everything right and they minimized fraud is total horseshit.

So because Trump says stupid things on Twitter and normal elections before this didn't have significant levels of fraud, we should just trust the affidavits, allegations, and abnormal stats are just smoke? Much like the media claiming there is no evidence BEFORE there is an attempt to get any evidence, I am not seeing the logic. Again, much like the argument that the margin is to big to care, I'm not seeing why no one should be concerned about this regardless of who the candidates are. Putting the candidates into it... if this were the other way around it would be a total different tune.

You don't have to trust him, hell you don't even have to believe him. Shutting down the process before there is even a chance to prove it? That just seems non sensical. At worst, he is lying and this whole thing is going to backfire, and then congrats, you were right to be skeptical the entire time.
Top

If the guy who owns the military and the militia's "fighting oppression" are on the same side then yeah I can see some reason to be afraid.

There are actually plenty of state department doctoral papers you can read that explain how militias could be effective on domestic and foreign soil in the past and present (if the state department is approving doctoral theses on the topic it's probably important).

And the militias that you seem to be referring in the video specifically want to stop big government and not supplement it, so what exactly is your point?
Top

jlv wrote: ↑Fri Nov 20, 2020 3:35 am Complaining about shadyness won't get you anywhere in court. If there really was massive fraud, it should be easy to prove. The fraudulent votes will be signed with bad signatures. To expose it you need to go through the voter roll, find bad signatures, then find the people who the purported votes are from and get them to testify that they didn't vote. It shouldn't be hard if the cheating is on the scale they claim. They're claiming around 10 percent in Philadelphia, so for every 7 signatures you'd have a 50% (1-.9**7) chance of finding a fraudulent vote. The reason the Trump campaign isn't doing that is they don't actually believe what they're saying. They just want to sow chaos.

I might be mistaken but I thought PA:
Unless I am missing something, these processes do not seem like they would safeguard fraud or at the very least invalid ballots. They also would not make it very easy to prove, certainty not in a week and a half with persistent resistance to just "concede" and to stop investigating.
Top 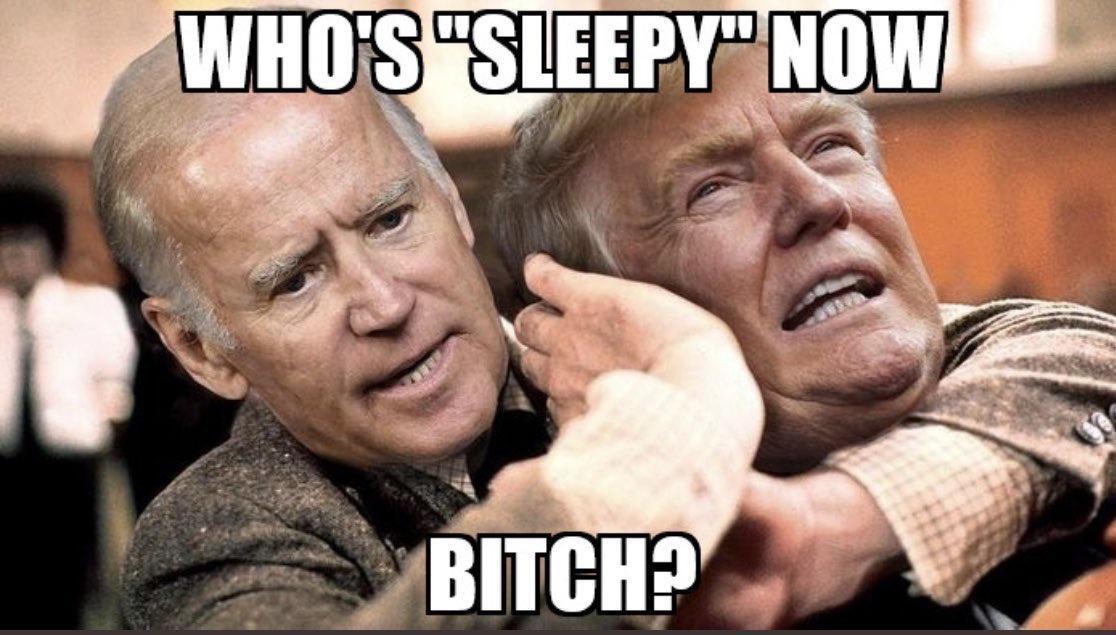 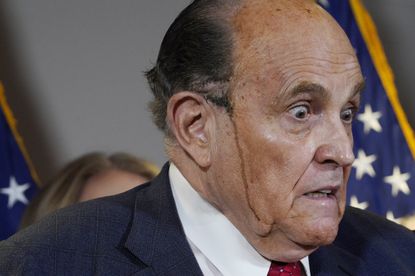 Who is the one acting like a child?
Top

Racers52 wrote: ↑Thu Nov 19, 2020 11:49 pm...people have every right to be well-armed and have a regulated militia (regardless of their reasons or your reasonings) under the second admendment...

That has gone so well lately! Looks like they're drawing from the shallow end of the gene pool. 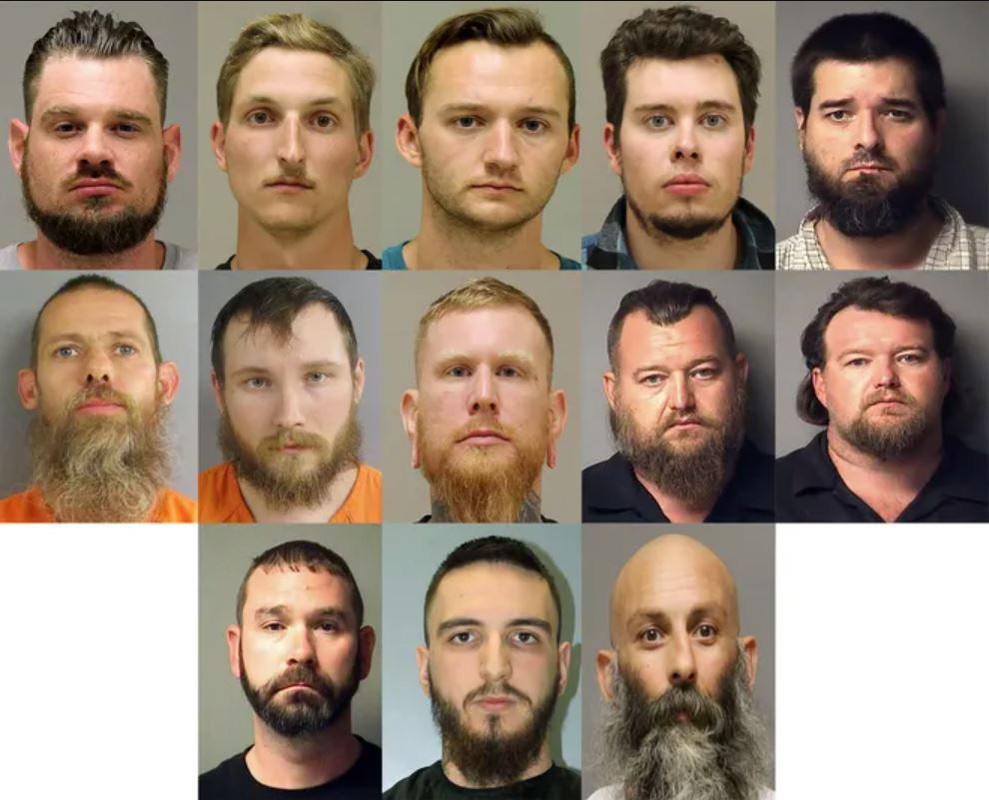 Don't forget how well the Bundy's have done too! These militias have such strong planning skills too! 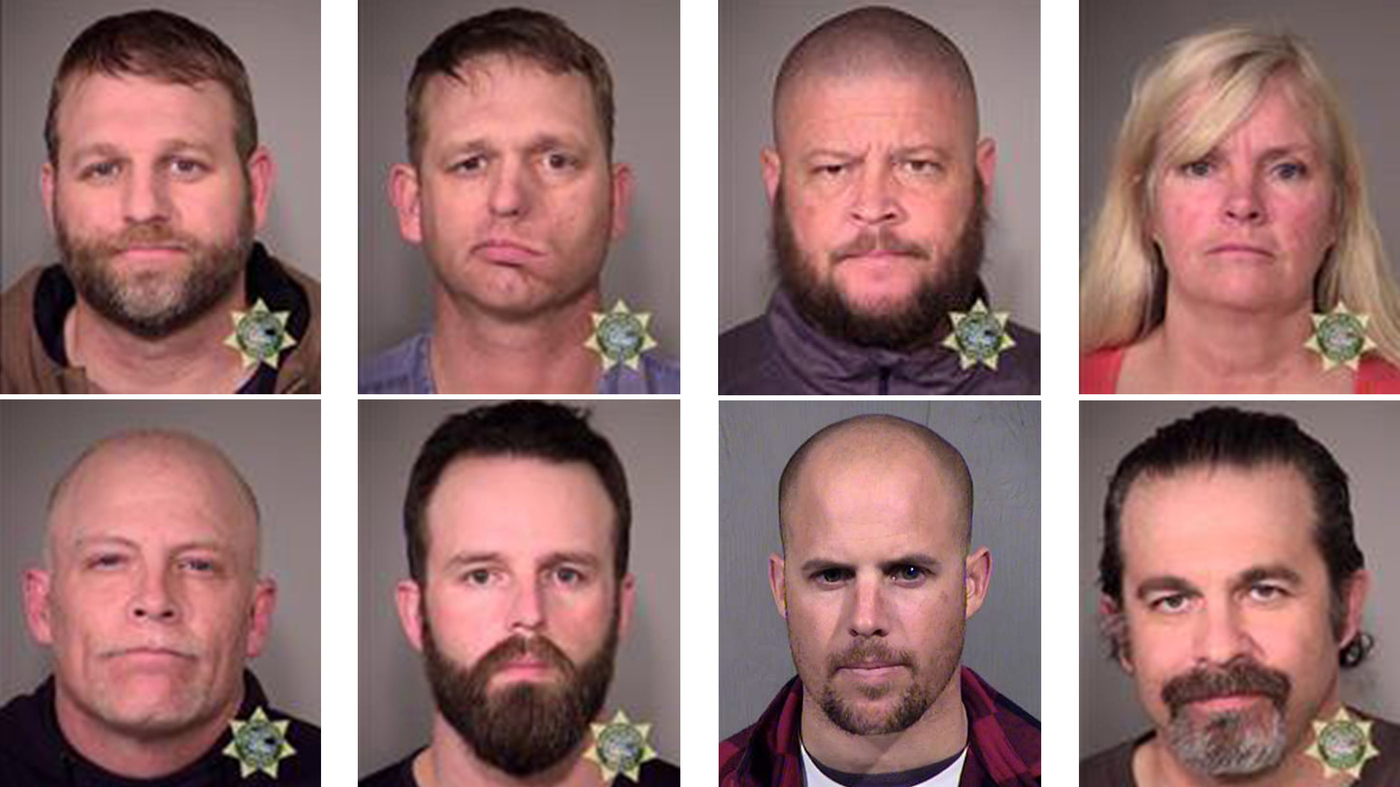 m121c wrote: ↑Fri Nov 20, 2020 6:30 am I might be mistaken but I thought PA:
Unless I am missing something, these processes do not seem like they would safeguard fraud or at the very least invalid ballots. They also would not make it very easy to prove, certainty not in a week and a half with persistent resistance to just "concede" and to stop investigating.

1. Doesn't matter. Find the mismatch, track down the voter and find out if they exist and actually voted. If you have 10% fraud it should be easy.
2. Yes, the ballot is separated from the envelope to maintain a secret ballot. I don't know if they keep the physical envelope but they're going to have to keep a copy of the signature for their records. You would only be able to prove fraud, not which way the fraudulent votes went.
3. I tried to look up what you're referring to and the best I could find was something about late arriving votes with no ID. The late votes were around 10,000 so they can't close the 80,000 gap Trump needs to make up in PA.

Don't you find it odd that there are 80,000 fake votes and they can't find a single one? I know it's hard to believe but I think Trump might be lying.
Josh Vanderhoof
Sole Proprietor
jlv@mxsimulator.com
If you email, put "MX Simulator" in the subject to make sure it gets through my spam filter.
Top

I was going to thank you last night for showing mercy and not posting this.
Josh Vanderhoof
Sole Proprietor
jlv@mxsimulator.com
If you email, put "MX Simulator" in the subject to make sure it gets through my spam filter.
Top

Sorry man. These opportunities come along only so often. The blind desperation is entertaining since it's all so ham-fisted. At least he got one victory in there! 1-24 so far, but there's 12 more out there still pending! Keep up your hope!

One more observation as Mason calls them. I'm surprised Trump didn't just write-in the numbers he thought they should be by using his Sharpie of Truth. 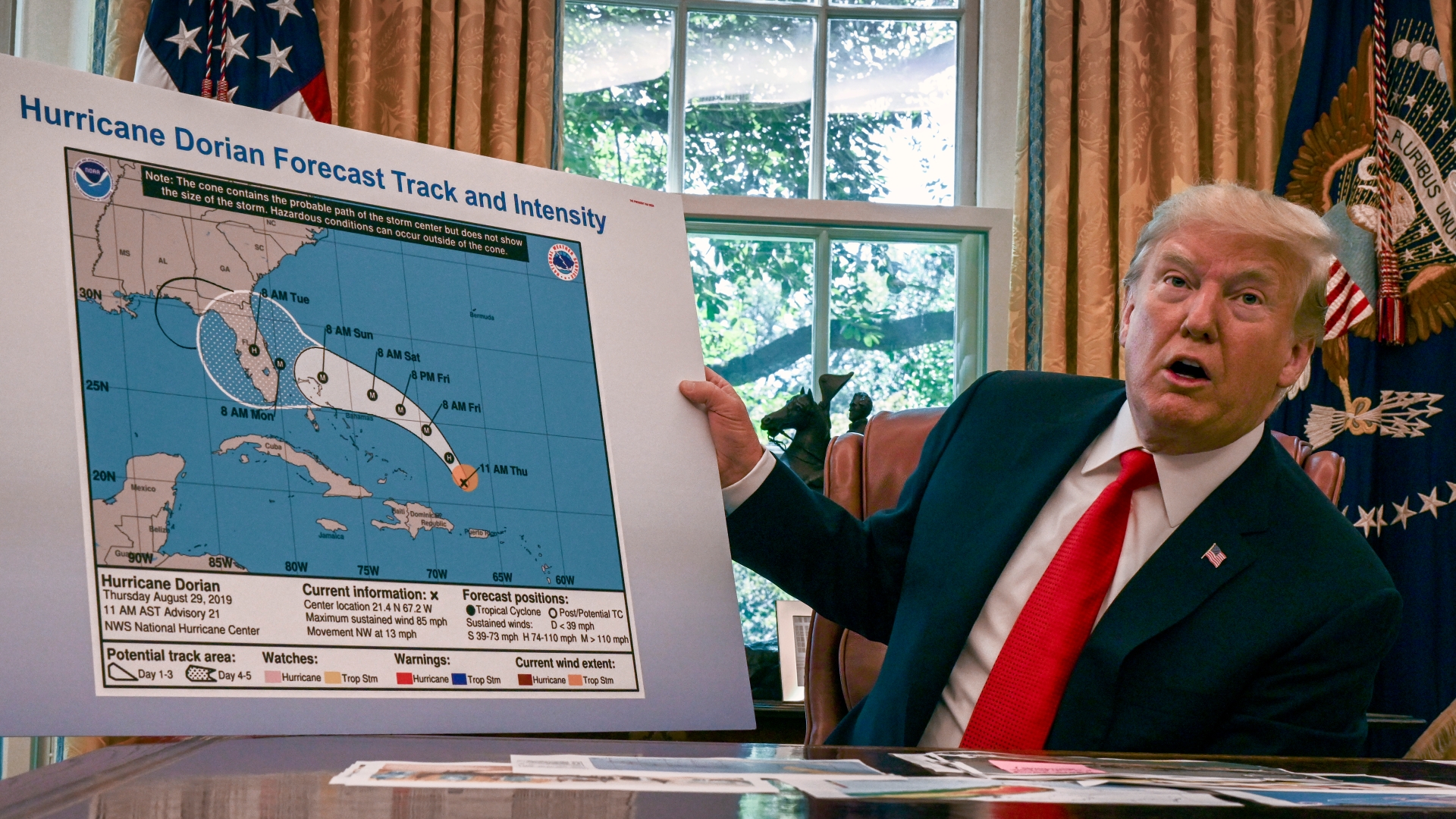 This thread got hijacked from what I was using it for. Great end to MotoGP and congrats to Mir for the win.

Watching F1 today, mostly a boring race as usual but the crash at the start was so hard to watch. Incredible that Romain got away from this one. The halo for sure saved his life from the barriers but if he had been any slower or the barrier been any strong his cars halo could have been stuck under that railing and trapped him. Really nice to see him be able to crawl out on his own because I don't know if they would have freed him in time in any other situation. Also, appreciate F1's approach to the footage live. They immediately cut away and while it left us in suspense the last thing you want to do is start playing replays of a car bursting into flames and have no idea of the condition of the driver. 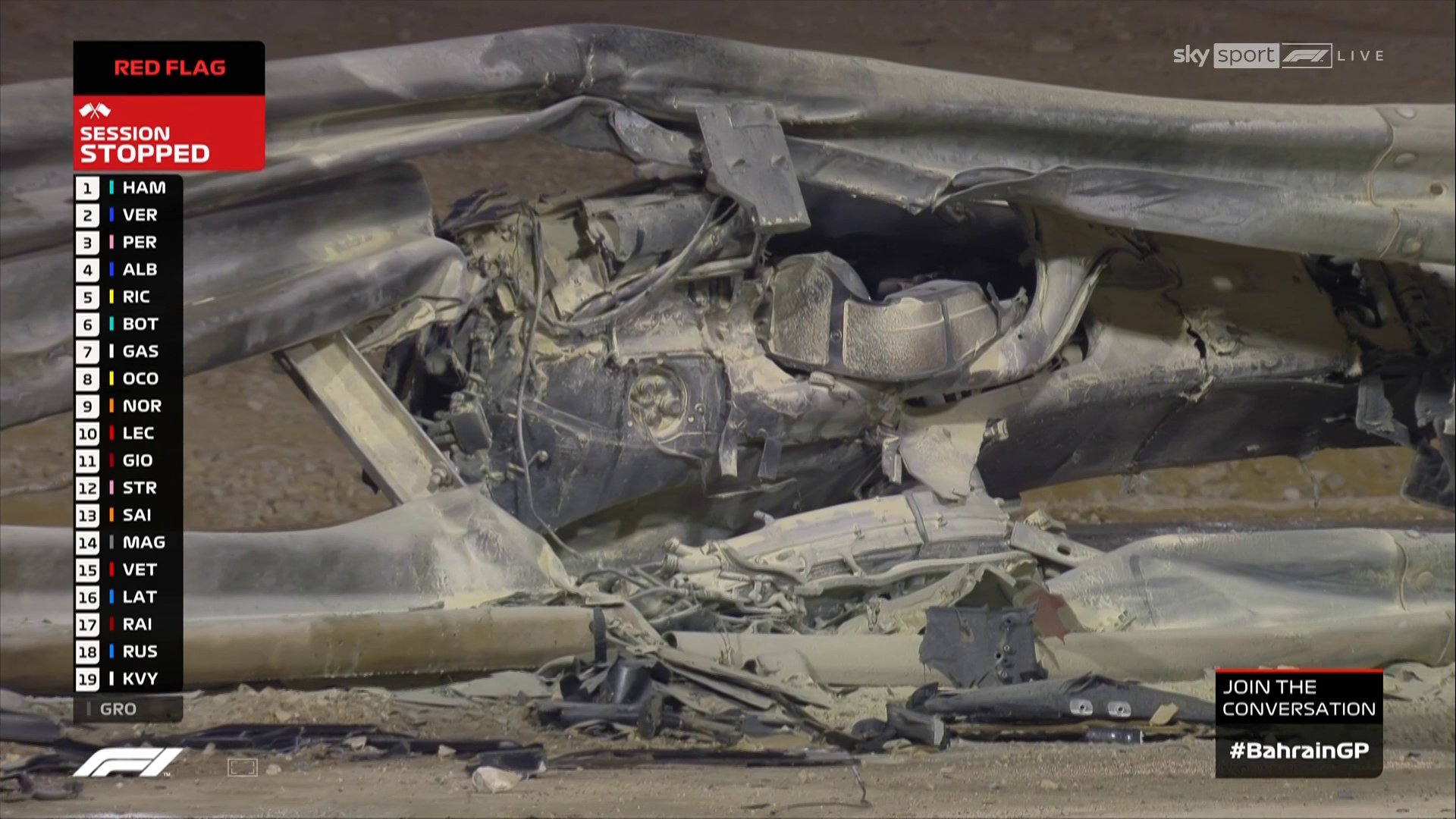 Jesus! I thought that would be a fatal for sure. As long as Grosjean is ok! More of a catcher than a deflector there.

From Romain's crash, I can't remember where I saw it but, the telemetry said his impact with the wall had a peak of 58G. Through all of it he remained conscious and retold his entire thought process in an interview when he returned to the track. Listening to his story is so wild, his rollercoaster of emotions that happened in the span of 30 seconds.

After that race, Hamilton has tested positive for Covid. This has left a seat open and instead of Mercedes calling their reserve driver they Called upon George Russell, who is currently racing on the grid in the Williams car. The Williams team is probably the worst or second-worst car on the track any given week but, George is a graduate of the young driver program and still sponsored by the Mercedes team and they are essentially sponsoring his seat with Williams so he can continue to get F1 experience as they do not have a secondary team like Ferrari or Red Bull. Williams allowed this driver exchange and called up their own replacement driver for George. So, Lewis had a consecutive race start streak record that now ends at 265, since 2007 this will be the first race without Hamilton. With Hamilton also considering retirement within two years and Bottas, the current number two driver for Mercedes, having a contract end soon, this is a test for George to see how well he performs in a car worthy of being a front runner but he only gets 2 days to get used to a new car. So far in the first two timed practices, he has gone pole in both. This may be the first time I wake up to watch F1 qualifying live because the actual uncertainty, excitement, and stakes on the line will make for a good race no matter the outcome.